A SPACE TO MONKEE AROUND!

The three hosts of Fab4Free4All are all avid fans of The Monkees.  Some of us are 'first generation', on board since the show aired for its first run back in 1966.  Others came on board with the show's move to Saturday morning / afternoon syndication in the very early 1970s.  But we've all followed the music closely, seen the group live, read all of the books, and even met a few of the guys along the way.

With all of that in mind, we thought it would be fun to occasionally veer off into "Monkee-land".  Any of those little side-projects will appear right here ... the space where the guys from Fab4Free4All can Monkee around. 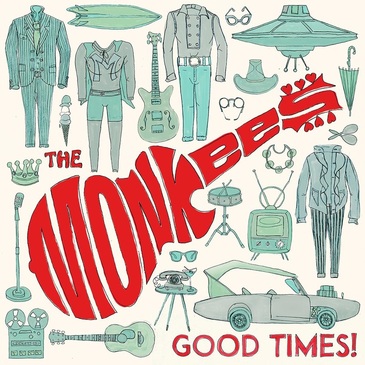 As the 50th anniversary (yes, I said 50!!)  of The Monkees TV show approaches, and with the death of Davy Jones in 2012, it seemed unlikely that a NEW Monkees album would even be thought of as an option.  Yes, we all knew some or all of The Monkees would be touring to celebrate the anniversary, but when a new album was announced, and all three surviving Monkees would be on it, I was optimistic, but extremely cautious about what I may hear.  I have been a fan since 1966.  I enjoy their music. In the interest of full disclosure, I didn’t discover ANY of The Monkees albums, post TV show, until later in life. As much as a fan as I am, I was a bit disappointed with past reunions and albums such as Pool It and Justus. Each has their special moments, but as a whole nothing blew me away.

Move ahead to May 2016 and the release of Good Times. I don’t know what it is or why, but whenever I listen to this collection of songs, I keep smiling like Scrooge at the end of the movie when he is always happy. “I don’t deserve to be happy,” says Scrooge.  But after all these years WITHOUT a new Monkees album, the fans certainly deserve to be happy, and I think this CD just might do it for us.

I will NOT be judging Good Times against any Monkees contemporaries or even The Monkees themselves. First let me say that it is not a perfect album by any means, but it deserves a listen (or two, or three……..).

Good Times is an album that will surely make you smile.  There are some “not so highlights” on it, and the 13 track version runs a bit short at just over 34 minutes but overall, I think it is a strong album from some gifted musicians.  I hope this is NOT a swan song from The Monkees, but if it is, the album is certainly creating some Good Times for this listener!!!

First: A "mini-episode", in tribute to the late Davy Jones (DOWNLOAD)

The recent passing of Davy Jones prompted us to chat a bit about the Monkees during a recent recording session. This led us to the idea of addressing some questions that have come up between the three hosts, or among the Beatle fans who follow our show and contact us via e-mail with Beatle/Monkee crossover questions. We hope you enjoy it!

Next: Mitch and Tony talk with Micky Dolenz at Planet Hollywood, Fall 2011 (DOWNLOAD)

In late 2011, the guys had the chance to sit down with Micky Dolenz to chat a bit about the Monkees.  Here is the complete interview from that visit with the legendary singer and multi-talented musician.

The interview begins while Micky was talking to us about how he made the transition from developing his skills as a classical guitarist at a young age, to being a folkie, and finally to becoming a "rock and roller". 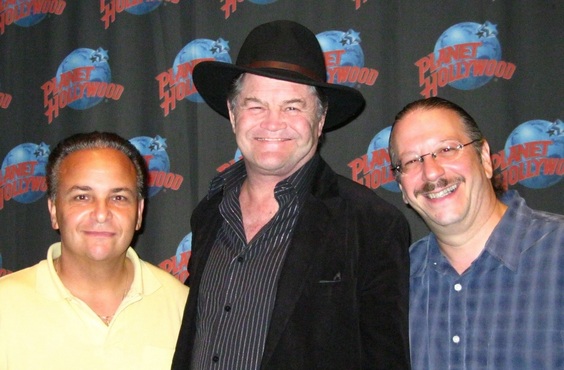 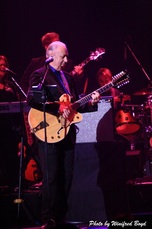 A review is forthcoming (and yeah, it'll be a good one), but for now here are some photos - courtesy of our own Winifred Boyd - from the show.

Special thanks (and congratulations!) to Andrew Sandoval, and to our FOF4F4A ("Friend of Fab 4 Free 4 All") Dave Alexander.

The photos below are from the group's appearance at the Paramount Theater In Huntington. The guys rocked a delighted crowd! All photos by Winifred Boyd. (Limited copies of prints of these photos are available. Please contact Tony Traguardo for more information.)